It’s the busiest travel week of the year, and 20 million people face brutal winter weather. Here’s what you need to know 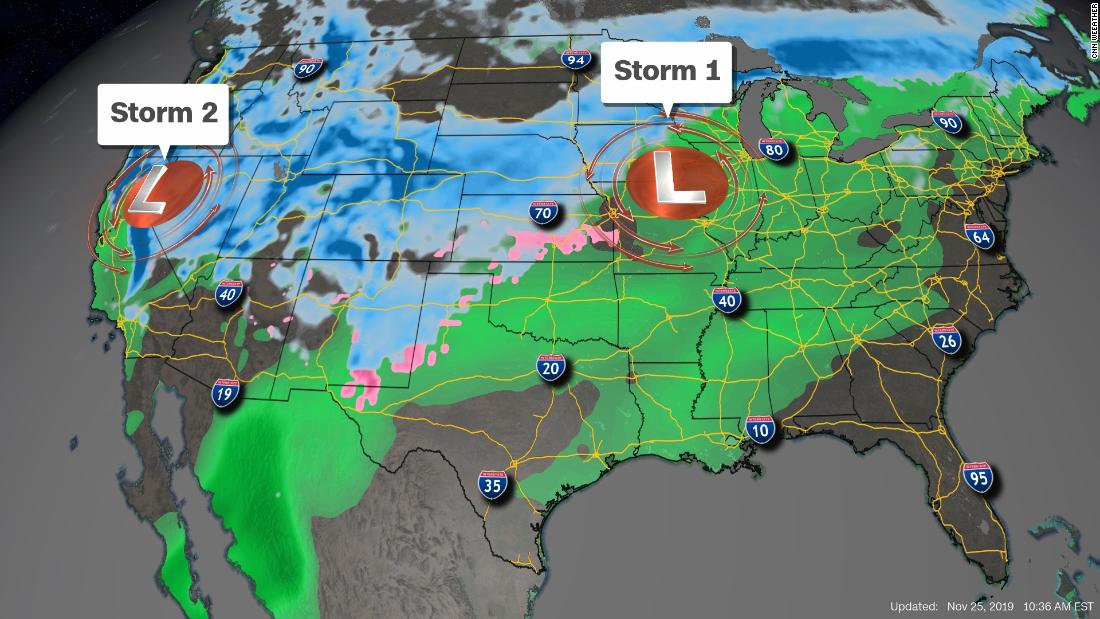 (CNN)Just in time for Thanksgiving, millions of travelers will get walloped by several storms across the country.

Here’s what to expect from coast to coast:

California: Get ready for flash floods and snow

A severe storm will pummel California this week, bringing heavy snow in the mountains and heavy rain to the coast and valleys, Hennen said.
“Winter storm warnings cover the Sierra, where snow will be measured in feet starting Tuesday and lasting into Friday,” he said.
Up to 2 feet of snow could cover the mountains outside Los Angeles.
Elsewhere in Southern California, more than 10 million people are under flash flood watches from San Diego to Anaheim, where 1 to 3 inches of rain could make this Thanksgiving very soggy.

The Rockies and the Midwest: Get your shovels out

Weather warnings are in effect for Denver, where a winter storm will likely dump 10 to 15 inches of snow over the next few days, Hennen said Monday.
“The same storm will spread into the Midwest and likely drop 8 to 12 inches of snow in Minneapolis,” he said. Iowa and Michigan will also get hammered with snow starting Wednesday.
“Winds and rain will slow airports from the Midwest all day (and) into the major hubs in the Northeast during the afternoon and evening,” Hennen said.
Further south in the Plains and Mississippi Valley, gusty winds and strong storms will develop Tuesday into Wednesday.
Track weather and travel forecasts here

The Northeast: Planes and Charlie Brown could get grounded 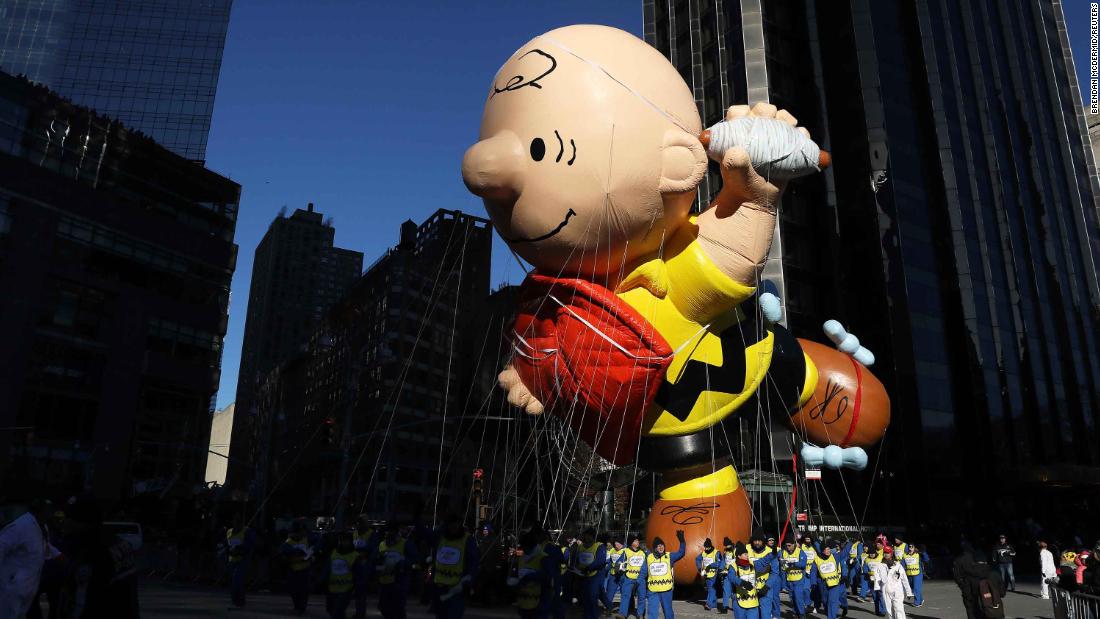 Ferocious winds and rain could wreak havoc Wednesday for airline passengers in the Northeast.
You know it’s bad when the Macy’s Thanksgiving Day Parade might have to ground those massive, iconic balloons.
The balloons can’t be flown when sustained winds exceed 23 mph and gusts exceed 34 mph, per New York City regulations.
There’s good reason for that. In 1997, the Cat in the Hat balloon injured four people after intense winds forced the balloon astray.

Everywhere: Bring your patience on the road

If you’re driving to see loved ones this Thanksgiving, expect more company on the road.
AAA predicts the second-highest number of travelers in over a decade this Thanksgiving week.
The automobile associations expects 1.6 million more travelers on the road compared to last year, thanks in large part to lower gas prices.
Wednesday is expected to be the most congested day of the week, and cities such as Atlanta, Los Angeles, New York, Boston, Houston and San Francisco could see more than three times their normal levels of traffic.