Jos Mourinho has said theres no fan that wants Spurs to win more than me and joked that he will wear the club tracksuit by day, and branded pyjamas at night 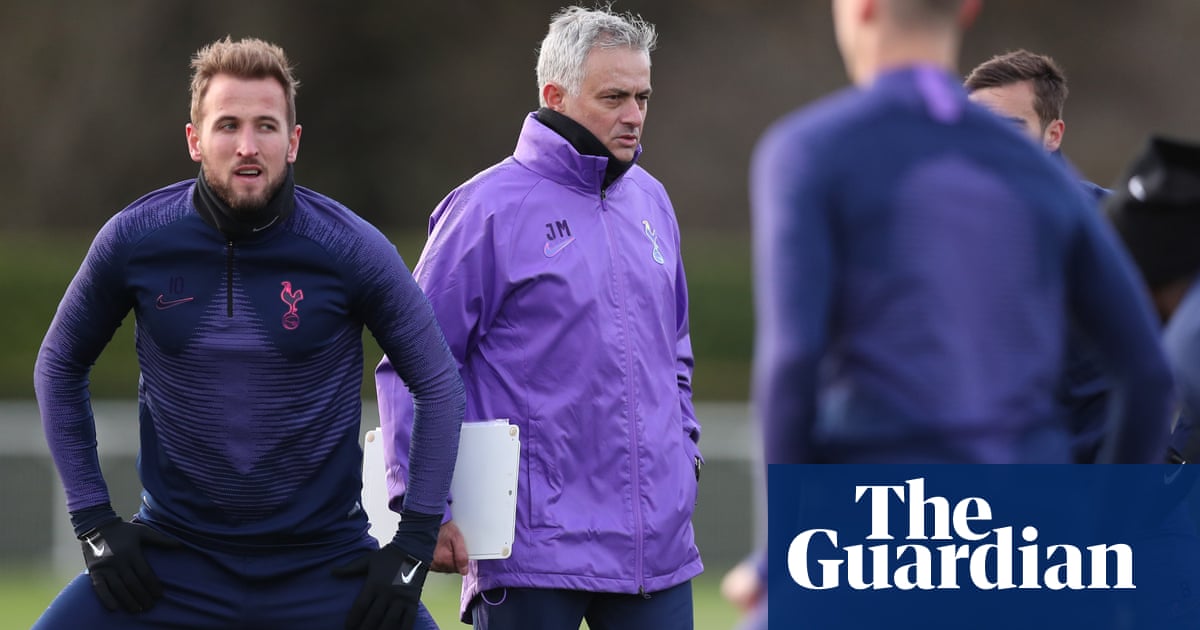 Jos Mourinho has promised to eat, sleep and breathe Tottenham, wearing their tracksuit by day and club pyjamas by night, as he insisted he was stronger for his 11 months away from the dugout a period when he analysed his career and, specifically, what went wrong for him at Manchester United.

The manager, who has taken over at Spurs from the sacked Mauricio Pochettino, spoke on a range of topics in a 45-minute press conference on Thursday, during which he looked happy and relaxed, cracking a couple of jokes and showing flashes of that matter-of-fact cockiness, even though he described himself as humble.

Mourinho was sacked by United last December and he has since worked as a pundit. But he described the Premier League as his natural habitat this is my life, where I belong, and he is plainly relishing the start of a fourth spell in England after two at Chelsea and the one at United. He has also managed Benfica, Unio de Leiria, Porto, Internazionale and Real Madrid. His first Spurs game comes at West Ham on Saturday.

I have only one passion, one thing in my mind and thats my club and now its Spurs. I give everything to all of them and thats what Im going to do here, give absolutely everything I have. Theres not a fan in the world who wants Spurs to win more than me maybe the same as me but not more than me. Chelsea is the past, a great past, two periods with titles but its the past.

Mourinhos first experience in Spurs pyjamas may have come on Wednesday at the end of his first day in charge which was a long one and ended with him staying overnight at The Lodge, the luxury facility at the training ground. If you are trying to find a six-star hotel you couldnt find better than here, he said. Great bed, you sleep in the middle of five or six huge soft pillows, expensive duvet. Absolutely amazing.

Mourinhos time at United ended acrimoniously, falling out with some of the players, most notably Paul Pogba and Anthony Martial, and he was particularly keen to stress the importance of the team. Time and again, he downplayed his role, saying it was all about the Spurs players and he was merely there to help them.

I read one quote from Kobe Bryant [the NBA legend], where he says: People say that Im difficult but Im only difficult for the ones that dont share my principles, Mourinho said. With me, its basically the same. For me, everything is about the team, its not about selfish people. So if there is somebody that doesnt share these principles with me, then we have a problem and we will always have a problem because this is the way I think football has to be.

Mourinho said he had learned that sometimes you have to work with people that dont love you and work well [with them], leading to a question about whether that was the biggest lesson from his time at United. Its one of the lessons, if you want to call it a lesson, he said. Its just accumulation of experiences. Its a very important thing but I cannot say its a lesson because again I go back to my answer before: this is also about principles and if people share principles.

Mourinho was asked whether he felt new and improved after his 11 months out. I believe so, he said. These 11 months were not a waste of time, they were months to analyse, prepare and anticipate things. I am humble enough to analyse my career, Manchester United last year, the problems and the solutions.

The principle of the analysis was not to blame anyone else. I realise that during my career I made mistakes. I am not going to make the same mistakes.

You never lose your DNA, your identity, what you are. When I dont win, I cannot be happy. I cannot change that in my DNA. I hope I can influence the players in not being happy without winning football matches. But the emotional control, to keep the self-esteem and confidence in yourself and show confidence to others and in those who work around you is very, very important as a principle.

Mourinho does not plan to make dramatic changes, rather to build on the work of Pochettino and he described the players he had inherited as the best gifts. He added: I tried to buy some of them for different clubs and I couldnt. I dont need [new] players. I love this squad. We cannot win the Premier League this season. We can Im not saying we will do but we can win it next season.