Hockey has long been about white machismo. Can the NHL change that?

The ice has not always been a welcoming place for people of color. But as the demographics of North America change the league knows it must adapt 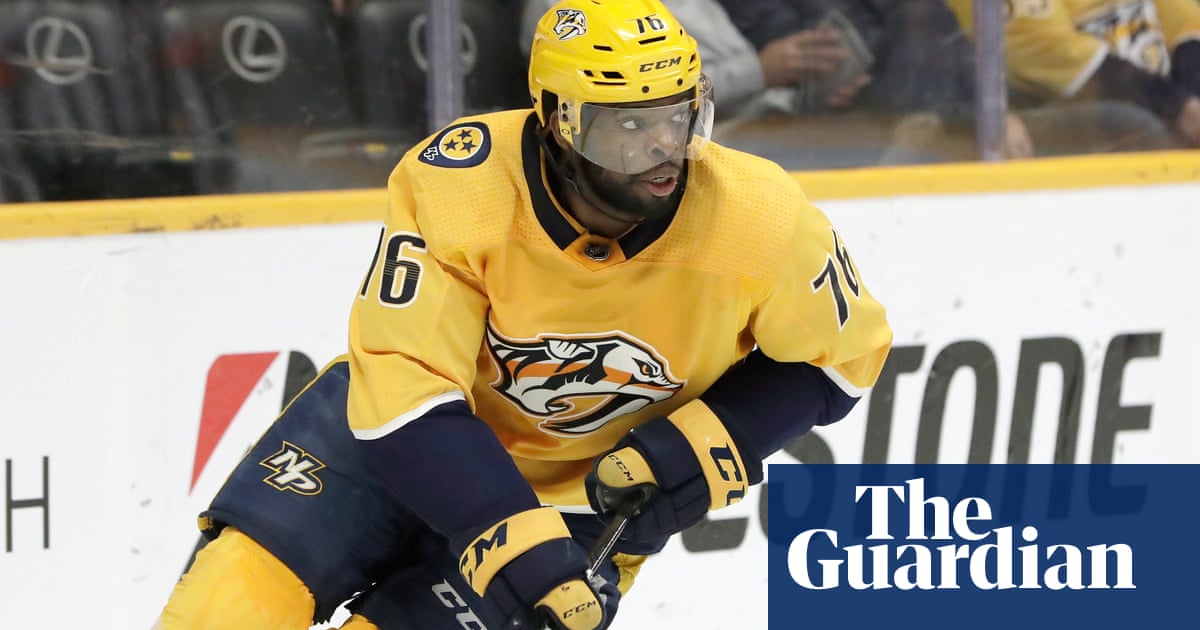 No team sport projects white machismo as aggressively as ice hockey. Fans witness violence that, were the majority of players black or brown, would prompt pearl-clutching about incivility or disrespect. Racism accompanies players and fans of color alike, from the youth level all the way up to the NHL. The leagues newest mascot may be a leftist hero, but even Gritty couldnt stop a Flyers broadcaster from spewing racist vitriol while commenting on another sport with Native American roots.

You see it, hear it and start recognizing whos picked on by announcers, media and fans, NativeHockey.com founder Shannon Valerio says. She notes that similar shades of racism affect all hockey participants of color the recent racist abuse of a black hockey player in Quebec is just one example.

But the the demographics of the United States and Canada are changing. Even if the NHLs primary audience still represents the old guard, the league clearly understands that it needs a new one to survive. Now, more than ever, hockey communities and leaders must focus on the drastic demographic and cultural change that is coming, a 2018 NHL policy brief reads. It is incumbent upon those currently in the game for the sake of the games future to ensure that the sport is perceived as welcoming to all.

With the NHLs debut Black History Month celebrations freshly behind them, the league must now ensure, in the words of its own initiative, that hockey is for everyone.

My favorite player was Guy Lafleur, and I remember saying I was going to be him, Damon Kwame Mason says. This kid told me I couldnt be him because he was white. That always stood out in my head.

Black Canadians like Mason grow up surrounded by hockey culture in a way that African Americans dont. But the idea that black people arent an integral part of hockeys narrative clearly still affected him. He revisits the experience in Soul on Ice: Past, Present and Future, which discusses how black Canadian communities established the trailblazing Colored Hockey League. It also gives voice to the resilience of Herb Carnegie, Larry Kwong, Willie ORee, Val James and other early leaders who silently endured racist taunts so future generations could have it easier.

I wouldve loved, as a kid, to say, there was a league of black players, and one of players did the first slapshot, Mason says.

And getting kids to play in the first place can be tough. A 2017 Utah State University study found that families with hockey-playing children spend an average of $7,013 per season on the equipment, training and travel often necessary to nurture future professionals. Such costs inevitably prevent many indigenous, black, latinx and immigrant groups, who experience disproportionate poverty, from enrolling their children.

As a people, we feel like this is our game, much like lacrosse, Valerio explains. Theres a lot of irony that its so inaccessible for so many Natives who actually started the sport.

In addition, NHL tickets can be expensive, and the experience doesnt guarantee safety to fans of color. Renee Hess, who created the Black Girls Hockey Club, recalls an incident at the Staples Center, home of the Los Angeles Kings: This older gentleman came up to me and said, Oh, girl, the friends that Im with love black girls! Come take a picture with me! I just kind of smiled, as most women would do, and [declined]. And he grabbed my arm and said, Dont be such a bitch!

Hess created Black Girls Hockey Club last year after a survey of other fans yielded similar stories. Members dont need to be black women to participate in the club, which recently organized meetups at both NHL and National Womens Hockey League games. But they must understand what it means to share space with those who, without strength in numbers, have few recourses when they experience abuse. Black women historically dont have a lot of safe spaces, she notes. I definitely want to make sure were amplifying their voices and know that they matter and are supported.

And helping communities feel comfortable with hockey may be the key to making the sport a more diverse place. Harnarayan Singh didnt have a hard time selling fellow Punjabi Canadians on ice hockey especially not when the countrys third-largest linguistic community boasts its own rich field hockey tradition. After a childhood spent practicing color commentary, Singh helped establish Hockey Night in Canada Punjabi in 2008. This version of the CBCs tentpole hockey show survived two cancellations and outlasted the CBCs other attempts at multilingual broadcasts during its near-decade on the air. And thanks to a viral clip of him effusively calling a 2016 Stanley Cup Final goal, Singh and the Hockey Night Punjabi crew now reach far beyond their main community.

Most of the hockey world is very familiar with what we do, he explains. And through social media, we get a lot of people [in the US] telling us that they love what were doing. It would be great to someday have a part of our broadcast air in the States, too.

Singh admits that the program still endures racist trolling online. But that hasnt impacted Singhs deep patriotism, nor his conviction that sports can promote mutual understanding. I hope to show my fellow Canadians that this country is just as much mine as anybody elses, he says. And if I can use hockey to spread that message, then thatll be it.

Mason and Douglas also succeeded by tapping into their communities. Their efforts caught the eye of the NHL, which departed from its previous tone-deafness around Black History Month with a full slate of relevant programming, and both of them appeared on a special panel for NWHL All-Star Weekend.

Hess credits many of the changes to the NHL hiring Kim Davis. A longtime finance executive and leader in corporate diversity and inclusion, Davis has spent the past 15 months looking to make the league more representative of the demographics of North America. That included inviting Hesss group to Washington early in her tenure. In April, it will mean discussing how to best tell indigenous stories with Cree leader Grand Chief Wilton Littlechild.

Our overarching thesis is that there are many roads to fan development, and one of those critical roads is engaging community in new and different ways, Davis explains. She follows NHLs Black History Month with the current Gender Equality Month. as well as and Earth and Pride months in April and June, respectively. She also hopes to avoid what she calls flavor of the month attention.

Davis recognizes that sports, like entertainment, can fulfill fans calls for better representation when the executive suites include decision makers that look like them. To that end, she reveals that the leagues commissioner, Gary Bettman, and Buffalo Sabres president Kim Pegula, one of the NHLs few team owners of color, will lead a council tasked with creating a three-to-five-year strategy for diversity. The plan will touch all aspects of the leagues behind-the-scenes operations, from teams front office hires to the leagues upper ranks.

Change never happens fast enough, particularly when you have pent-up demands for it, Davis says.

Maintaining this change rests on the one intervention that everybody seems to agree on: investing in the next generation of players. The specific application ranges from helping keep a roof over the countrys oldest minority youth-focused club to spotlighting rising players to subsidizing talented players educational costs. The current generation know that this cant stop with them, and that the diversification of their sport and nations are inextricably linked.

The first 100 years of this league was really about the change from it being perceived as a sport of toothless fighters to one of speed, skill and technology, Davis observes. The next 100 years, I believe, will be defined by how our sport creates a more welcoming environment and opens its doors to new audiences.